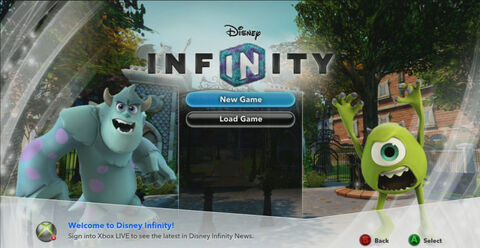 Monsters University is one of three Play Set Games available with the Game Piece from the Disney Infinity 1.0 Starter Pack.[1]

Join Sulley, Mike, and Randy in their early student days. Raid the rival Fear Tech campus, compete in the Scare Games, ride a bike around Frat Row, have a paint ball battle, or rig some pranks on campus for unsuspecting fellow students.

Note: The students look mostly the same as any other student with the same number. The difference is in their behavior, and whether or not they're carrying anything (e.g. Paintball Gun). 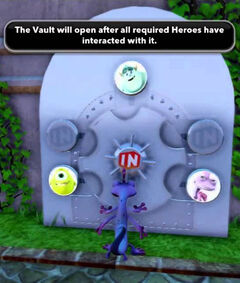 The Vault for the Monsters University Play Set Game is located at the back of the campus in a fenced/gated area around the Clock Tower behind the School of Scaring. In order to reach it, the player must complete a number of missions (more so than in other Play Set Games). Quickest way to reach it: