Pitch Black Sky is a Skydome that can be unlocked in Disney Infinity 3.0 by completing the first and last Building-Based Toy Boxes missions, available through the corresponding portal in the Toy Box Hub. Unlike most Skydomes, there is no background music (effectively uses the Boom Box music "Silence").

To check whether Pitch Black Sky is already unlocked, place a Sky Changer in a Toy Box. Using the Magic Wand tool, select "Properties", "Sky", "Disney Infinity 2.0", and then scroll to the bottom of the list. It should appear second to last, between "Above the Grid" and "Misty Magic Sky".

When these Toy Box Host missions have been completed, create or load a Toy Box and place a Sky Changer to check whether Pitch Black Sky has been unlocked. If not, it may need to be repeated. 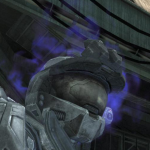